Our aim is to promote safe, compassionate, ethical and evidence-informed healthcare for children, adolescents, and young adults with gender dysphoria.

Historically, the small numbers of children presenting with gender dysphoria were primarily prepubescent males. In recent years, there has been a sharp increase in referrals of adolescents, and particularly adolescent females, to gender clinics. Many do not have a significant history of childhood gender dysphoria and a number suffer from comorbid mental health issues and neurodevelopmental conditions such as autism (ASD) and Attention-Deficit/Hyperactivity Disorder (ADHD). The reasons for these changes are understudied and remain poorly understood.

Childhood-onset gender dysphoria has been shown to have a high rate of natural resolution, with 61-98% of children reidentifying with their biological sex during puberty. The research into the course of gender dysphoria desistance among the cohort presenting with adolescent-onset gender dysphoria is still in its infancy, due to the novelty of this presentation. However, recent research from the UK clinic population suggests that 10-12% of youth may be detransitioning within 16 months to 5 years of initiating medical interventions, with an additional 20-22% discontinuing treatments for a range of reasons. The researchers noted that the detransition rate found in the recently-presenting population raises critical questions about the phenomenon of "overdiagnosis, overtreatment, or iatrogenic harm as found in other medical fields."

* These data originally appeared in The Economist and have been reproduced with permission.
Read More

Benefits, Harms and Uncertainties of the Gender-Affirmative Treatment

Historically, medical interventions to achieve the appearance of the desired sex were reserved primarily for adults with long histories of dysphoria. Medical interventions were preceded by a prolonged engagement with the patient, including thorough psychological assessments. While the population-level data on the benefits of adult gender transitions undertaken in prior decades remain mixed, with evidence of persistent mental health struggles and sharply elevated mortality and morbidity, a number of individuals who underwent gender transition following rigorous assessments have reported being very satisfied with their decision to transition, do not regret it, and live happy and productive lives.

However, around 2010's, there was a marked change in the approach to the management of gender dysphoria. A number of countries in Western Europe, North America, and Australia, began to promote the "gender-affirmative" model of care for youth. Under this model of care, young people presenting with gender dysphoria or asserting a transgender identity are affirmed in their desire to undergo gender transition, and are provided with hormonal and surgical interventions. While mental health professionals are often involved, their role is typically limited to preparing the young person for gender transition, regardless of the co-occurring mental health challenges or the relatively recent history of transgender identification. As such, the provision of medical intervention now happens with a much-reduced psychological assessment.

In the last 24 months, a growing number of Western European countries have recognized the significant concerns with the "gender-affirmative" model of care, which became visible, in part, due to the growing voices of detransitioners and regretters coming from the novel population of gender-dysphoric youth. As of the current writing, Sweden has made the decision to no longer offers gender transition to minors outside of clinical trials. Finland has sharply restricted eligibility for gender transition to minors with a classic, early childhood-onset of gender dysphoria and no mental health comorbidities, and stated that psychotherapy should be the first line of treatment. The UK appears to be moving in a similar direction, according to the recent Interim report. The National Academy of Medicine in France has signaled a move in the same direction in their recent announcement. The Royal Australian and New Zealand College of Psychiatrists (RANZCP) issued a set of guideline calling for psychotherapy to be the first line of treatment for gender dysphoria in youth.

In North America, a number of individual states have begun to pass laws to ban gender reassignment of minors, which have proven contentious. At the Federal level, however, the US continues to assert that "gender-affirming" care is safe and effective, despite the findings of multiple systematic reviews of evidence that found the benefits of gender transition for minors are highly uncertain, while the risks may be significant. Specifically, if the Endocrine Society's treatment guidelines for gender-dysphoric youth are followed, a minor's future sterility is likely. Other health risks include compromised bone health, altered brain development, cardiovascular complications, and a number of other, as yet unknown, risks.

The Dutch Protocol: the Foundation of the Gender-Affirmative Treatment

In recommending the "gender-affirmative" model of care, the Endocrine Society cites a single observational study of 55 Dutch young people whose gender dysphoria manifested in childhood and had not resolved by early adolescence. The participants were treated with puberty blockers, cross-sex hormones, and surgeries. Using a "before and after" study design that lacked a control group, the authors concluded that these medical interventions were successful, on the basis of participant scores on measures of psychological functioning one year after surgery.

A number of important limitations noted by the authors themselves challenge the study's applicability to the new cohort of mainly adolescent females: the small, carefully selected participant sample; the measurement of short-term psychological outcomes only; and the lack of evaluation of any physical health outcomes, despite the known risks of hormonal interventions on fertility, cardiovascular and bone health. Although hypothesis-generating, this intervention model was not followed - as would have been expected - by formal testing.

Despite the significant limitations of the research, the Dutch study is used to justify medical intervention - but to a new population of adolescents with recent-onset gender dysphoria, and with untested adaptations to the research protocol. All participants in the Dutch study received extensive psychological evaluations and support prior to the initiation of medical interventions. In contrast, psychological evaluations are now abbreviated to a few sessions, and are frequently bypassed altogether in the US and Canada. The Dutch protocol explicitly discouraged early social transition, recognizing that the majority of gender dysphoric children do re-identify with their sex, and that the minority of "persisters" benefit from a firm grasp of biological reality as they embark on highly invasive surgeries and lifelong dependence on hormonal treatments. Again, this contrasts with present "gender affirmative" model, which requires that the young person be "affirmed" as already being - rather than wishing to be - another sex.

Arguably, the lack of good research for young adults receiving medical interventions is even more problematic, as there are no rigorous trials of cross-sex hormones, and existing protocols are being used for the more recent largely female population. "Affirmation" - rather than an inquiring, trauma-informed psychological assessment with integrated therapy if needed - has become normal practice in several countries.

The practice of medically transitioning minors, currently referred to as "gender-affirmative care," began to gain momentum following a single-site study in the Netherlands. Previously, gender transition was available only to mature adults, with the average age of transition frequently in the 30's. However, it was noted that the results of adult transitions were frequently disappointing, which was believed to be explained by unsatisfactory cosmetic outcomes, particularly for males, who had a "never disappearing masculine appearance." in the 1990's, the Dutch clinicians began to experiment with transitioning minors using endocrine interventions with the hope that a better cosmetic outcome would also lead to better mental health ones. The results of the innovative Dutch experiment, which has become known as "the Dutch Protocol," were documented in two publications: the 2011 study, which reported on cases who underwent puberty blockade, and the 2014 study, which reported on a subset of the cases who completed surgeries, including the removal of ovaries and testes upon reaching the age of 18.

The youth in the Dutch study reported high levels psychological functioning at 1.5 years after surgery, the study end point. However, both of the studies suffer from a high risk of bias due to their study design and suffer from limited applicability to the populations of adolescents presenting today  According to a recently-published overview of the Dutch protocol, the interventions described in the study are currently being applied in the way there were not intended. Specifically, adolescents who were not cross-gender identified prior to puberty, who have significant mental health problems, as well as those who have non-binary identities are now commonly treated using endocrine and surgical interventions described by the Dutch—yet all of these presentations were explicitly disqualified from the Dutch protocol.

The study itself suffers from significant limitations, ranging from a weak study design, only marginal improvements in psychological function, and number of under-reported adverse health events that occurred over the course of they study (including 1 case of death and 3 cases of severe morbidity). Researchers have also questions the validity of the gender dysphoria resolution reported by the Dutch, in light of their unusual handling of the gender dysphoria scale. Despite these limitations, the Dutch clinical experiment has become the basis for the practice of medical transition of minors worldwide and serves as the basis for the recommendations outlined in the 2017 Endocrine Society guidelines and has given rise to the so-called "gender affirmative" model of care for youth, which requires access to puberty blockers, hormones, and potentially surgery.

The medical pathway of the Gender-
Affirmative model consisting of...

...is based on a single Dutch study:

Hormonal & surgical interventions
can lead to:

Despite the uncertainties and poor evidence, hormonal and surgical interventions are being scaled up. They go beyond the experimental “Dutch protocol” by:

We agree with the concerns voiced by the recent publication, "Reconsidering Informed Consent for Trans-Identified Children, Adolescents, and Young Adults," that the Dutch studies have been misunderstood and misrepresented as providing evidence of the safety and efficacy of hormonal and surgical "gender-affirming" interventions for all youth. It is important that both the strengths and the weaknesses of these studies are thoroughly understood, as these two studies represent the best available evidence behind the practice of pediatric gender transition. You can read more about the strengths and limitations of the Dutch studies here.

Need for Caution and Better Research

The history of medicine has many examples in which the well-meaning pursuit of short-term relief of symptoms has led to devastating long-term results; for example the past use of thalidomide, lobotomies, and the recent opioid epidemic. The "gender affirmative" model commits young people to lifelong medical treatment with minimal attention to the etiology of their conditions, and the psychosocial factors contributing to gender dysphoria. This model dismisses the question of whether psychological therapy might help to relieve or resolve gender dysphoria and provides interventions without an adequate examination.

We are asking clinicians and researchers to halt this uncontrolled experimentation on youth and replace it with a supportive framework of research that generates useful evidence about the etiology of gender dysphoria and the benefits and harms of various interventions. We need to know:

We propose that, in view of the current dearth of evidence, the application of the model to children, adolescents, and young adults is unjustified outside of research settings. Patients, families and clinicians cannot make informed healthcare decisions without knowing the likely benefits and harms of the various interventions.

Contribute to Our Cause

SEGM promotes safe, compassionate, ethical and evidence-informed healthcare for children, adolescents, and young adults with gender dysphoria. You can donate via GoFundMe, by credit card, or by mailing us a check.

SEGM is a registered 501(c)(3) nonprofit organization. Contributions to SEGM are tax-deductible to the extent permitted by law. SEGM's tax identification number is 84-4520593. 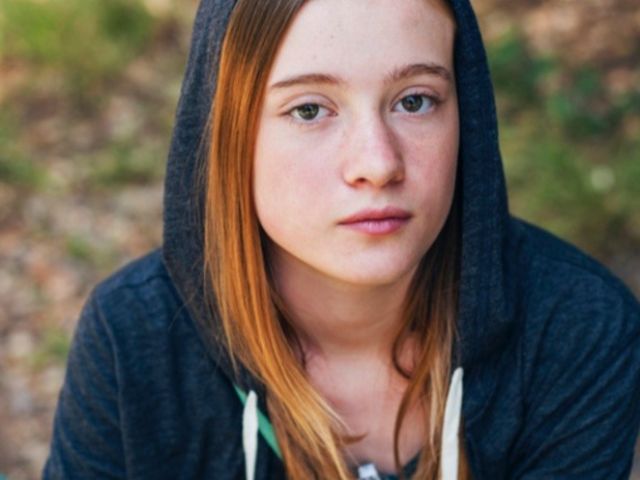 If you share our concerns and would like to get updates about SEGM's work, please provide your email.

Your email will be stored securely and will never be shared with third parties. You will be able to unsubscribe at any time.